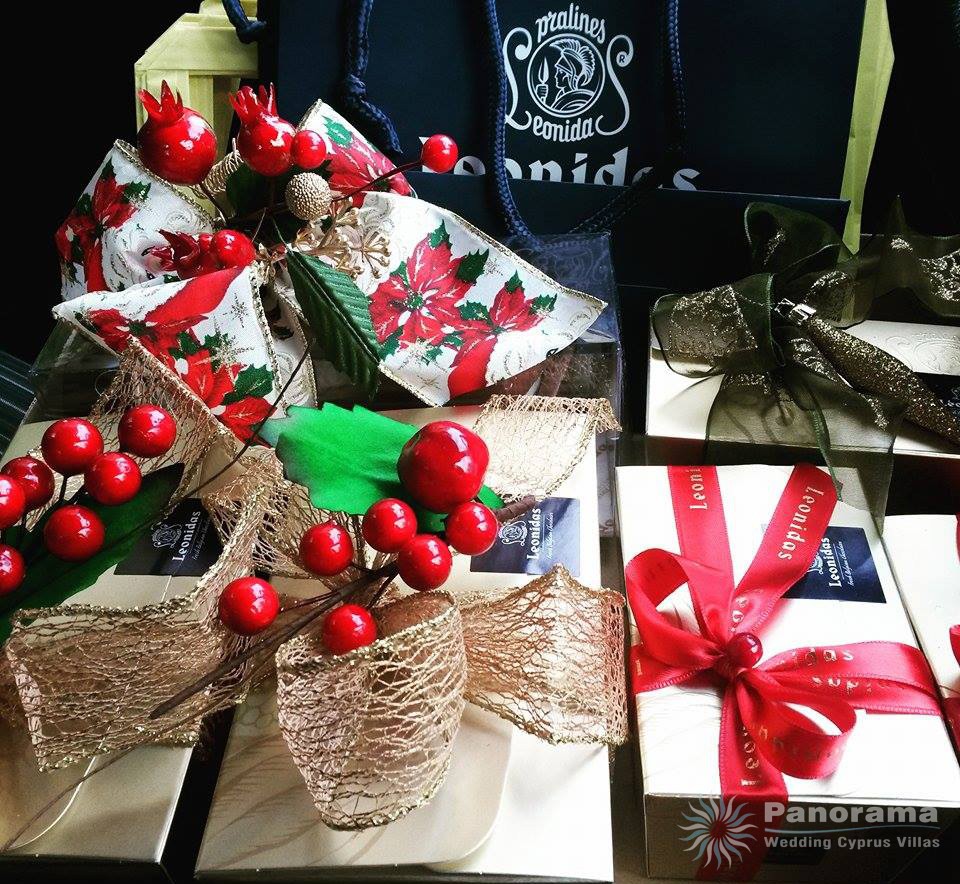 Here are some customs that make Cyprus a festive place to visit and we can guarantee you, that you will have an unforgettable Christmas with a unique traditional way. It is a time where people celebrating the birth of Christ, spend time with their loved ones and exchanging gifts, and mostly in Cyprus, eat!!
Cypriot Christmas Customs

House decoration is a worldwide tradition and probably in other countries is more extravagant than in Cyprus. However you will see houses, shops and street monuments decorated with lights and all sort of statues of Santa Claus, Rudolf and the reindeers, angels and snowmen. Since in Cyprus the weather is not as cold as in other countries, they officially start decorating on the 1st of December. The Christmas tree is placed in an area of the living room where everyone can see it and gather around to decorate it. Christmas lights and stockings are hanged on the fire place or at the main entrance door. 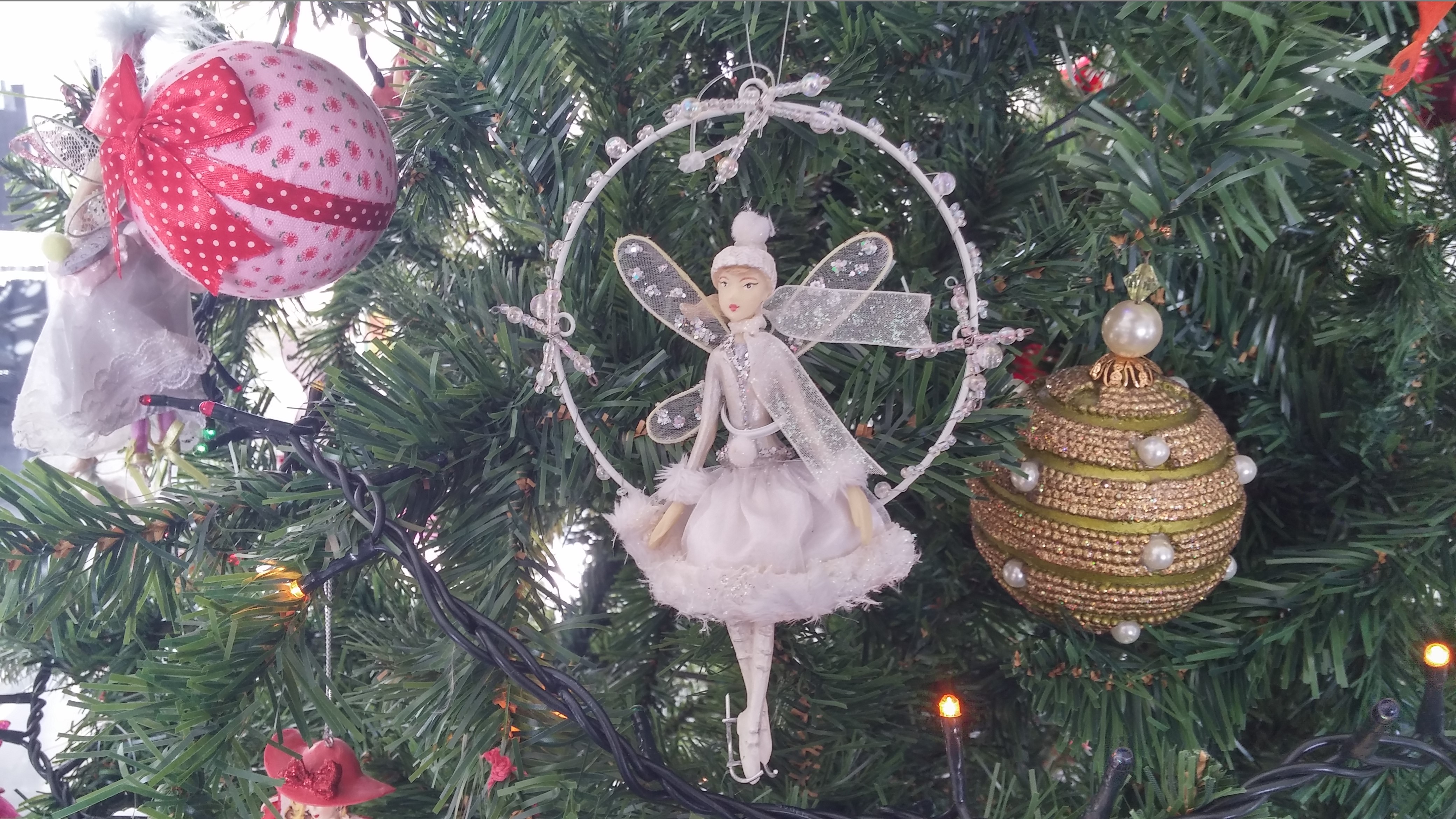 Cyprus has a lot of traditional sweets for Christmas time. The main sweet is the so called Christmas Cake, where every housewife knows how to bake and decorates. It is a cake baked with seasonal dry fruits and nuts. It is decorated with white icing for representing snow and on top there are various Christmas themed ornaments.It usually has a Santa Claus, a tree, reindeers etc. Melomacarona, honey-based cookies with nuts and Kourambiedes, shortbread biscuits with almonds or “finikia”, covered with thick white sugar, are the two sweets that every household in Cyprus must have on their festive table. Believe me when I say that they are finger licking good, no diet for anyone in Cyprus, until the second week of January. Other various types of cookies shaped like a tree or a star and chocolates, are popular and a must have. 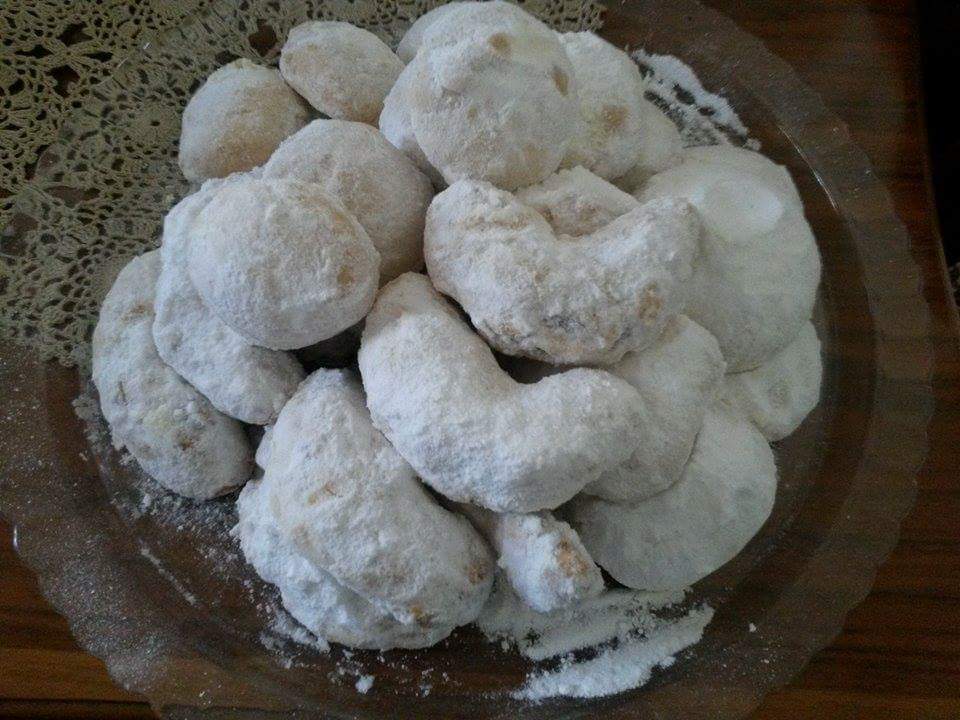 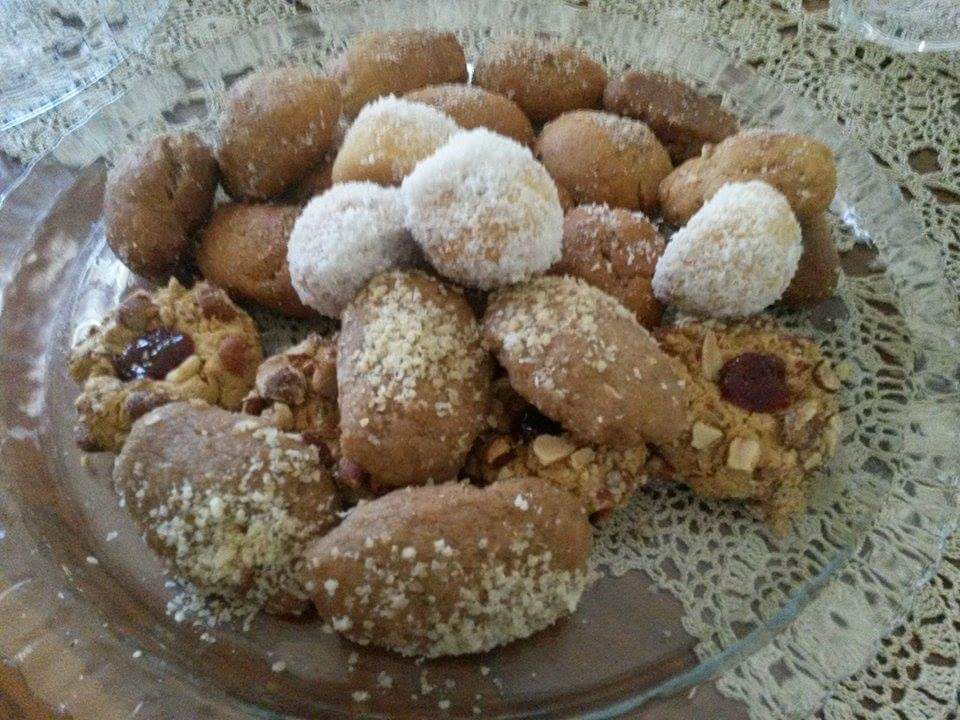 Another Christmas tradition is the Christmas Carols. However in Cyprus we call them “Kalanda” and the lyrics of them are passed down to generations since Byzantine times. Usually, small children and teenagers are going around their neighbourhood and knocking on each house door for singing the carols. They carry with them a small music instrument called triangle and a penny box so the house owner can give them money.

Cypriot dinner tables around this time of the year are never empty. Everyone is hosting dinner parties almost every day for the two festive weeks. The worldwide traditional stuffed turkey, the Cypriot traditional “Souvla” (pork meat cooked on the Cypriot BBQ) and a lot of other traditional foods are prepared. Everyone is enjoying a fulfilling feast with a glass of wine after a month of fasting.
Cypriot New Year’s Customs

Cyprus gave its name to a pie after Santa Claus (how amazing is that!!). Vasilopitta (in Greek Santa Claus is called Ayios Vassilis), is baked with a hidden coin inside and the one who finds it, tradition says that is the lucky one and has to keep it in his wallet for the rest of the year for never being out of money. 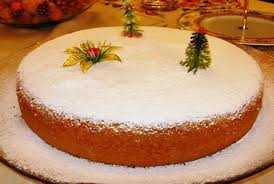 In Cyprus, Santa Claus, arrives on New Year’s Eve. So, on New Year’s Day all the children when they wake up,they open their presents. 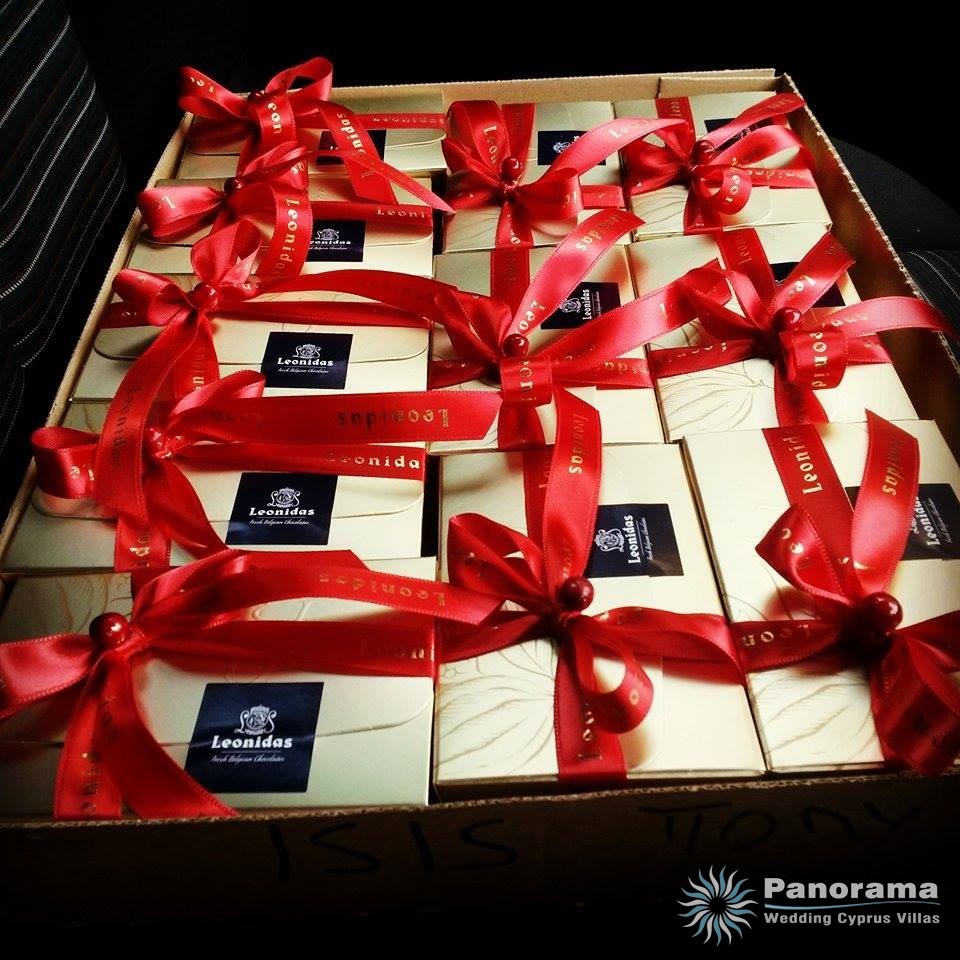 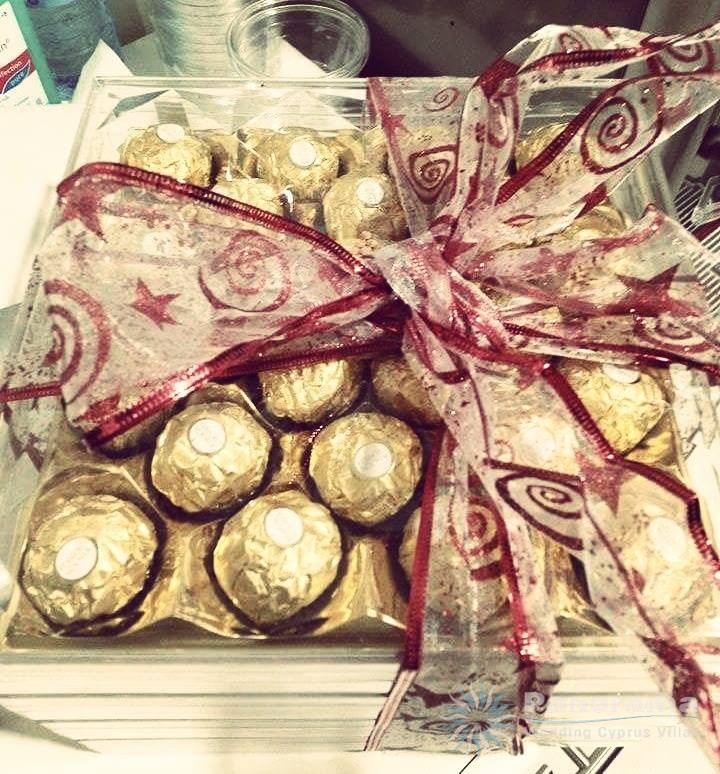 On New Year’s Day in all the households that have a fireplace, everybody throws in some olive leaves and they ask the following: “Ai Vassili vassilia, deikse tzai fanerose an m’ agapa o….” which in English is (Oh, Saint Vasili, dear king, please show me if ….. loves me). Tradition says that if the olive leaf makes a spark noise and jumps out then he/she does love her/him.

Epiphany day in Cyprus is celebrated as much as the other two holidays and it has its own customs.

Cross in the water

On that day a lot of winter swimmers or not, are gathering at the harbors, and especially at Paphos’ harbor, where a priest is throwing a cross in the icy waters and everyone jumps in to find it.

In Cyprus, instead of the Grinch we have the little black elves that come in Cyprus around Christmas time to cause chaos and ruin the Christmas festivities. To make them away, housewives make loukoumades (small bites with honey syrup) and throw them to the roof of the house while saying “Titsin titsin loukanikon, mashairin mavromanikon na fate jai na fiete” (“Here are you are small pieces of meat for you to eat and then leave”).

On the morning of Epiphany Day children go to their grandparents opening their hands and they say to them “Kalimera kai ta Phota kai tin pouloustrina prota” (“Good morning on the day of light and first give us our presents”). Usually their gifts it’s a small tip of money!!

So, if you are thinking for a destination Christmas Holiday, consider Cyprus since its weather is around 12-18 degrees in the day and you can enjoy a traditional Christmas from its decorations to its food and to its customs.
Panorama Wedding Cyprus Villas wants to wish you: “Merry Christmas”, “Joyeux Noel”, “Feliz Navidad”, “Eftihistmena Christougenna”, “Frohliche Weihnachten”, “Buon Natale 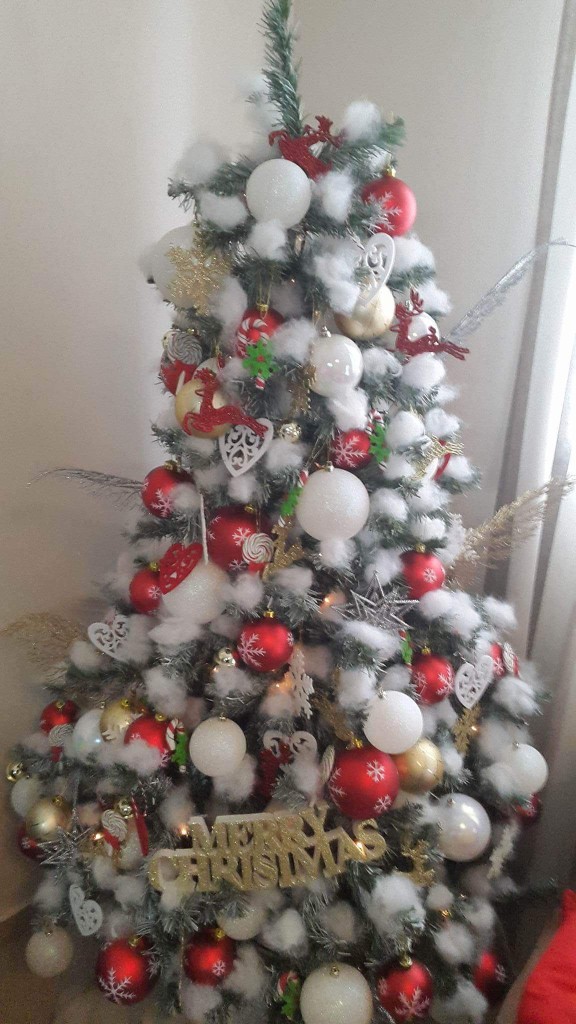