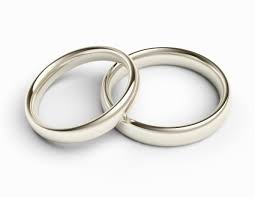 I inherited a valuable jewel from my great grandmother. In the form of an elegant diamond ring the priceless life is in its fit form since decades and hopefully it will remain in shape in the coming times. While gold band diamond quarter karat diamond rings may be common these days they were a costly affair in the past mainly in the 1930. On June 4, 1939 my great grandfather gifted this jewelry as a wedding gift to my great grandmother. Since both resided in London, ritual of passing ring began in UK.

The ring was further lined with ancient silver adding to its uniqueness. The ring composes 2 bands one for engagement and other for wedding respectively. 9 diamonds have been sewn like a soft lace and this was not often seen in those ages people only got the wedding band. If observes the ring closely he may notice that the ring is really old and has surpassed hard and difficult times and situations. The diamonds have lost their shine and the gold and silver have grown dull over the years. Several people have worn the ring and this has made it loose its appearance gradually. However it still remains in good shape reflecting the skills of the ancient crafts men and the quality of stones mined in the past.

The ring is a symbolic representation of a happy matrimonial union. Unfortunately my great grandmother got divorced so my grandmother took the responsibility of the rings safe keeping. She held the ring for a long time even after my mom got married as my mom was already wearing an ancestral ring from her mother’s ring but sadly while she was throwing out the domestic garbage she lost her ring. My grandmother did not like the idea of the daughter in law being bare fingered so she decided that it was high time to pass her ring to her son’s wife and this is when my mum received the ancestral ring as a replacement of the one misplaced. Since I am the only daughter of my parents I believe that one day I will to be wearing that ring but as forever it looks beautiful with my mum wearing it.